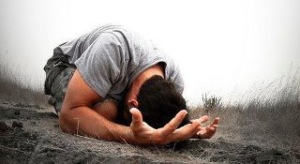 Today’s selected reading continues in the Old Testament prophetic book of Joel, and more specifically, is found in verses eighteen through thirty-two of the second chapter. That which we read in the eighteenth verse of this chapter, and ultimately what we read in the rest of this chapter is a direct continuation and response to what is found in the seventeenth verse. If you read the seventeenth verse, you will find the prophet Joel calling for the priests, the Lord’s ministers to weep between the porch and the altar, and to do saying, “Spare your people, O Lord, and do not make your inheritance a reproach, a byword among the nations.” In the seventeenth verse of this chapter, we find the priests, the ministers of the Lord weeping between the porch and the altar asking the Lord to spare His people, and to not make His inheritance a reproach. In the very next verse, it would appear that we receive a response to the priests who wept between the porch and the altar, and their cries of intercession before the Lord. When you come to the eighteenth verse, you find the prophet Joel declaring to the inhabitants of the land, saying, “Then the Lord will be zealous for His land and will have pity on His people. The Lord will answer and say to His people, Behold, I am going to send you grain, new wine and oil, and you will be satisfied in full with them; and I will never again make you a reproach among the nations.” This is incredibly powerful, for what you read in verses eighteen through thirty-two appears to be a direct response of the Lord to the actions which are called for in the previous section of this book. If you read the first half of this chapter, you will find the prophet Joel encouraging the inhabitants of the land to return to the Lord with all their heart, with fasting, weeping and mourning, and to rend their heart and not their garments.

If the second portion of this chapter is all about the response of the Lord, then the first half of this chapter is all about the actions of the people. The inhabitants of the land were instructed and encouraged by the prophet Joel to return to the Lord with all their hearts, with fasting, with weeping, and with mourning, and to rend their heart and not their garments. In the eighteenth verse—six verses later—you find the Lord declaring that He would be zealous for His land, and would have pity on His people. In the nineteenth verse, you find the Lord declaring that He will answer and say to His people that He was going to send grain, new wine and oil, and they would be satisfied in full—not just satisfied, but satisfied in full. What I read in this particular chapter of the prophetic book of Joel reminds me a lot about what is recorded in the seventh chapter of the Old Testament book of Second Chronicles. The seventh chapter of the book of Second Chronicles contains one of the most well-known, and one of the most beloved Scriptures in the entire Scripture—especially as it pertains to national revival, spiritual awakening, and corporate renewal. “Thus Solomon finished the house of the Lord and the king’s house. All that Solomon had planned to do in the house of the Lord and in his own house he successfully accomplished. Then the Lord appeared to Solomon in the night and said to him: I have heard your prayer and have chosen this place for myself as a house of sacrifice. When I shut up the heavens so that there is no rain, or command the locust to devour the land, or send pestilence among my people, if my people who are called by my name humble themselves, and pray, and seek my face and turn from their wicked ways, then I will hear from heaven and will forgive their sin and heal their land. Now my eyes will be open and my ears attentive to the prayer that is made in this place. For now I have chosen and consecrated this house that my name may be there forever. My eyes and my heart will be there for all time” (2 Chronicles 7:11-16).

What so strikes me about this passage in the book of Second Chronicles, is that we oftentimes read just the fourteenth verse, while completely ignoring the verse immediately before it, and even the verse after it. More often than not, we read the fourteenth verse of this chapter, and do so not even realizing that it is only partial and incomplete. The text and language we find in the fourteenth verse is not an isolated verse within this passage, nor is it even an isolated thought. If you read this chapter beginning with the eleventh verse, you will find that the text of the fourteenth verse is directly linked and connected to what is recorded in the preceding verse. IN the twelfth verse, we find the Lord speaking to Solomon about a time when He shut up the heavens so that there would be no rain, or commanded the locust to devour the land, or sent pestilence among His people. It is in response to what the Lord was doing in the earth, and what the Lord was doing in the midst of the land that prompts the language of the fourteenth verse. The language and words of the fourteenth verse is not and should not be read isolated, alone and separated from the rest of the chapter, and it should especially not be read separate from the thirteenth verse, for it forms the second half of a promise the Lord spoke to His people. I am convinced that as often and as frequently as we quote the fourteenth verse of this chapter, we do a great disservice by not reading it in connection and conjunction with what is recorded immediately before it. IF THE LORD SHUTS UP THE HEAVENS SO THAT THERE IS NO RAIN, IF MY PEOPLE! IF THE LORD COMMANDS THE LOCUSTS TO DEVOUR, IF MY PEOPLE. IF THE LORD SENDS PESTILENCE AMONG THE PEOPLE, IF MY PEOPLE! It’s interesting to read this passage in light of this, for it follows the patter of “When the Lord” and “If my people.”

The fourteenth verse was given as a direct response to what was stated and proclaimed in the thirteenth verse, and I fear that we fail to acknowledge what is recorded in the previous verse. I would dare say that if we quote just the fourteenth verse of this chapter, we are actually diminishing the Word of God, and perhaps even taking away from what the Lord is truly speaking. I fear that we may use the fourteenth verse of this chapter to somehow ignite a spiritual awakening or revival, and yet we don’t realize the tremendous dishonor and disservice we are committing before the Lord. Oh, it may sound good when we quote the words that are contained in this verse, yet we are giving those who hear it only part of the picture. We aren’t giving the context in which this type of prayer, this type of humility, this type of intercession is actually needed. I fear that there are numerous times when we misquote the Word of God, and actually mishandle it, thus not rightly dividing it. We dare not, cannot and should not quote just the fourteenth verse of this chapter, no more than we should quote the second half of the second chapter of the prophetic book of Joel, and not the first half. Let me ask a question—although our intentions may be good (in our own eyes), if we quote only the fourteenth verse of this chapter, while simultaneously, and perhaps even systematically omitting the thirteenth verse, do we truly believe that the Lord is going to honor us? Oh, we may quote the fourteenth verse, and with all the charisma and personality we can muster, boldly and emphatically declare “If my people,” yet if we fail to begin this dialogue without and apart from the thirteenth verse, we are misguided in our attempts and endeavors. What’s more, is that what we read in the thirteenth verse is but a snapshot—a small commentary if you will—of what Solomon prayed to the Lord at the dedication of the Temple of the Lord. If you read the fifth chapter of the book of Second Chronicles, you will read Solomon’s prayer before the Lord at the dedication of the Temple.

What I absolutely love about the words of the prophet Joel in this passage, is that before we get to the prophetic word that points to the Day of Pentecost, we first read of the Lord removing the northern army far away from the land of Israel, and driving it into a parched and desolate land. Before the Lord even makes the prophetic declaration and promise concerning sons and daughters prophesying, He first speaks of restoring and giving back the years which the gnawing locusts have eaten. I WILL BE ZEALOUS! I WILL HAVE PITY! I WILL ANSWER AND SAY! I AM GOING TO SEND GRAIN, NEW WINE AND OIL! I WILL NEVER AGAIN MAKE YOU A REPROACH! I WILL REMOVE THE NORTHERN ARMY FAR FROM YOU! I WILL DRIVE IT INTO A PARCHED AND DESOLATE LAND! I WILL MAKE UP FOR YOU THE YEARS THAT THE SWARMING LOCUST HAS EATEN! All of this is mentioned even before the Lord speaks of pouring out His Spirit on all mankind, and our sons and daughters prophesying. All of this is spoken of before the Lord declares that old men will dream dreams, and young men will see visions. But—and this is a HUGE “but”—humility, prayer, the seeking of God’s face, and repentance must precede this work. What we read in this chapter is absolutely incredible, for before the Lord would pour out His Spirit, He would drive far away the northern army, and would drive it into a parched and desolate land. In the New Testament and under the New Covenant , the enemy needed to be driven far away through the death, burial and resurrection of Jesus Christ. The Lord would pour out His Spirit upon all mankind, but first, the works of the devil must have been destroyed through the work and power of the cross. Moreover, it may very well be that the Lord desires to pour out His Spirit upon you, and upon your flesh, and in the dry and thirsty land that is your soul, yet He must first drive out the enemy far away from you.